With just a month to go to the annual rugby heaven that is the Six Nations, all of us at Haka HQ have our tails up and are looking forward to see whether the men in green can retain the trophy once again.

With a few notable injuries (and a retirement) it won’t be be clear sailing, but with the enthusiasm and confidence among Schmidt’s consecutive winners its rather far from impossible.

With his form over the last year and Healy’s lack of it, this is surely one of the easier picks. McGrath will bring aggression, steel and grit along with abrasive ball carrying and solid scrummaging.

The Ulster veteran was the Irish star of the Word Cup and consistently inspires those around him with selfless work in each and every match. He cleaned up the elephant shit on Noah’s Ark.

Not going to lie, we had some shouts within our discussion for Marty Moore to step in but we were cowardly and bottled out.

Yes, Moore could do more than trot around and is in fact a fine jackler of the ball but Ross is still necessary for now in the scrum, although the likes of Moore and Furlong need to see significant game time this time around, if we are a team looking to progress.

The loss of O’Connell and Henderson significantly weakens our second row but Toner has been a tried and trusted option through the Schmidt-Era, who rarely disappoints.

With O’Mahony’s absence also, a lineout option is critical in our hunt for our third consecutive title. Due to this, there is no better man than ‘The Tallest Man in Rugby’ (according to US broadcasters anyway)

Hasn’t hit the heights for Munster but is Ireland’s best option to partner Toner by a stretch.

Ryan is a man who relishes representing his country going into combat and can boast of vintage performances in NZ 2012, Six Nations 2013 and impressive showings in the World Cup warmups just months ago.

Do that again and you’ll be grand.

With a backrow reshuffle with what we believe has perfect balance, O’Brien returns to what many regard as his strongest position.

He has hit peak form in time for the tournament. which we thought he would never reach again, something which is marvellous to see. Blockbusting runs, breakdown domination, beast mode.

An individual who hasn’t had a run in the starting XV for a while but if he can get some momentum going, then similarly to how he held the key to capturing the trophy in a 2014, Ireland’s breakdown and maul will be formidable.

With the lack of blindsides about he is probably going to force O’Brien to the short side and take responsibility for the shunning of Europe’s finest backrowers.

Could have squeezed him in at six, moving O’Brien to seven and Heaslip to eight or could of course just have started Jamie instead. In the first instance though, there appears to be imbalance, with a need for someone like Henry to fill the boots of O’Mahony, while in the latter well, CJ is just…better.

CJ’s showings for Munster and furthermore, he’s pride and commitment to the team justify selection for Ireland as a powerhouse option from the base of the scrum alone. Heaslip does ‘hidden work’ …apparently, but CJ bounces players for fun and like the rest of the backrowers wins ruck penalties in every game, unlike his competitor.

The only naysayers think Fergus McFadden is better than Andrew Trimble.

A lack of game time was enough for Schmidt to deny the countries greatest winger from a World Cup spot but surely Murray can’t be overlooked.

Indeed, he’s up their with the rugby world’s elite scrumhalves and with Sexton looking shaky in recent games, Murray’s has to play if the team aren’t to kiss sweet goodbye to the Six Nations trophy.

Having a very off colour season but all will be more than forgiven if he can perform at his peak for a month of the year.

All hopes lie with the halfbacks – when they play well, Ireland win.

After surpassing Brian O’Driscoll’s World Cup try scoring record , there was proof in the pudding that Earls is Ireland’s finest finisher, if ever there wasn’t before.

Their will be calls for Fitzgerald to start as yes he has had a better season so far, but as a centre. Let’s remember that the international try scoring difference between the two is astronomical.

As other options weigh in its uncertain whether Henshaw will star at twelve or thirteen next month but what we do know is that he will start and hopefully give Ireland some heroic performances.

The young man’s World Cup campaign was one to remember and he can only get better as he grows into a leadership role.

Likelihood: Starting – definite, at inside centre – even chance

The McCloskey/Ringrose will drive on but we have decided to go with the more exciting, attacking and creative option for now.

Ringrose has been backed for stardom ever since his debut for Ireland U20s in 2014 but the extent of how quickly he has risen to the top has caught everyone by surprise. Subsequently, it is unthinkable for people to see him slot straight into the international side. It’s a risk, granted, he’s short of the physicality and will undergo a learning curve throughout but it’s definitely one that will pay off when we are in search of a game changing try.

McCloskey’s another young talent that will be in close connection and he has his own strengths as a monstrous runner and choke tackler but Henshaw and Payne were pretty boring and you just feel that a McCloskey/Henshaw partnership would be equally uncreative; hence our selection.

The recent winning of 200 caps for his province speaks volumes about his consistency as a well rounded winger, constantly scoring, tackling hard and dominating the aerial duals up north.

The last times he’s played for Ireland he has been better than ever and his absence on that World Cup plane was scandalous. With Ringrose inside in particular, we need him starting as our best tackling winger on the books. 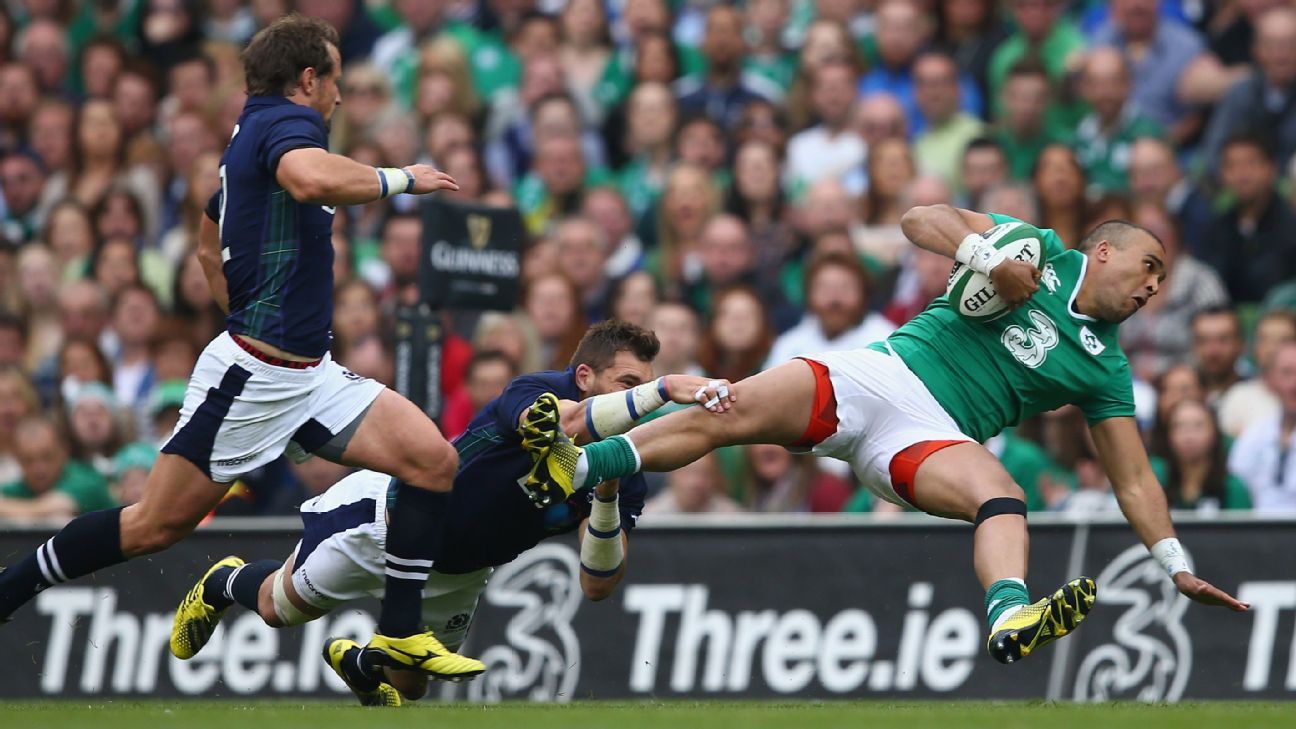 Kearney’s ownership of the jersey should be over at this stage after two poor seasons in the team. Zebo refreshes the team here as a running fullback with aerial qualities, a mighty left boot and the ability to turn a game on its head with a step, dink or dare we say a twirl.

Not only would this improve our Six Nations chances but it would set up Ireland nicely for the future….and hopefully Munster too.